Carl Chase - The Man Behind Steelpan in Maine

Montreal, Quebec, Canada - He is quiet, reserved, unassuming and soft-spoken yet his passion for the steelpan and its music burns white hot. Meet Carl Chase, the man singularly responsible for the introduction and proliferation of the steelpan and steelbands in the state of Maine, USA.

At the recently-concluded 10th annual Montreal International Steelpan Festival, When Steel Talks got a chance to talk to and observe Mr. Chase in action. Under his leadership, the amalgamation “Pan Coalition,” is an annual participant in this international Canadian steelpan music festival. The coalition is made up primarily of Flash! in The Pans, Chase’s own group, and several other bands from the Blue Hill, Maine area.

This year the group is performing “Flash” as their tune of choice in the adult competition and “One for Charlie” for the panorama song. The players listen to his every word attentively; as we watch Mr. Chase direct his musical troops during the pre-panorama warm-ups and practice sessions - it is abundantly obvious that Mr. Chase is a ‘throw back’ to an era of great steelband leaders.

These select leaders were special in that they not only inspired their members through competitions by any means necessary, but they brought a special skill set to the table. They were tremendous leaders, arrangers and tuners (triple threat) who commanded respect through their abilities. In the age of specialization, people who possess true ‘triple threat capabilities,’ are few and far between.

Carl Chase told When Steel Talks that his steelpan saga began some 50 plus years ago on a chance discovery of a record by Brute Force Steelband of Antigua in the 1950’s. Carl says he was “fascinated with the sound.” He had in his own words “never heard anything like that before.”

Later, while sailing in the Caribbean, Carl would encounter his first live steelband on the island of St. Thomas in the Virgin Islands. Upon returning to his home in Maine, Carl attempted to construct his own pans. The quick realization that this task was far more daunting than he had originally imagined set in. He sought out professional help and in that regard, Carl then traveled to Trinidad where he met and studied under famed master tuner Roland Harrigin. Carl describes Roland as an extremely ‘generous’ man.

Carl is now an accomplished tuner in Maine, USA where he manufactures instruments for a host of steelbands. In addition, as we said earlier, Carl Chase is the man singularly responsible for the introduction and popularization of the steelpan instrument along with the steelband music genre in Blue Hill, Maine. The pan bug did not stop with Carl. His son Nigel is also an accomplished arranger, player and educator. As a result of his Pan Institute the steelpan can now be found in the Blue Hill school system. Indeed, there is now, as Sue Walsh, executive director of the Blue Hill Chamber of Commerce calls it a “pan craze” in Blue Hill Maine.

The 10th Annual Montreal International Steelpan Festival proved to be another great year for the Carl Chase-led Pan Coalition from Maine. Although they did not capture the top prizes, their performances were at a high level and truly appreciated by the audience. 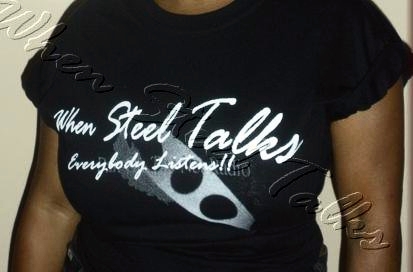